A Surprising Connection Between Migraines and IBS

Migraines are already demanding as a condition. Pairing migraines with irritable bowel syndrome (IBS) brings the discomfort to a whole new level.

As a certified Rockford chiropractor for migraines, Dr. Schalow knows the struggle that his patients go through. The throbbing headaches, dizziness, weakness, and stomach pains are common dealings for these patients daily. If you also experience the same symptoms, you’d find that pushing through your regular routines becomes challenging.

Let’s talk about the relationship between these two conditions. Later, we’ll also look at a natural method to get relief from migraines and IBS.

The Relationship Between IBS and Migraines

Friedrich Engels, a late German Philosopher, once said, “The mind depends on the stomach.” If you have IBS and migraines, this saying is true– so is the other way around.

Migraines and IBS may exist at the same time in a person. Meaning, if you experience migraines, you can also experience a combination of gastrointestinal disorders such as:

According to the headache specialist, these conditions “don’t seem to cause one or the other.” However, he also says that developing either IBS or migraines can make you more at risk of getting the other.

Several studies, including one published in the Pakistan Journal of Medical Sciences, reported a strong correlation between IBS and Migraines. The study, which involved 1052 participants, found that the risk of IBS is high for migraine patients with a long history of persistent headaches and anxiety.

To learn more about the connection between head and neck injuries and migraines, download our complimentary e-book by clicking the image below. 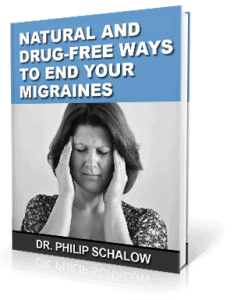 Key Commonalities Between IBS and Migraines

People with IBS and migraines can also share similar experiences. Here are some common attributes that our Rockford chiropractor for migraines acknowledges about migraines and IBS:

Suppose you have migraines. You may find your migraine attacks more painful when you are exposed to specific triggers. Let’s say that loud noises trigger your migraines. Your brain would respond to the trigger by releasing pain signals– this is something that might not happen to those without migraines. Similarly, people with IBS can experience more pronounced pain compared to other people without IBS.

Stress as a Trigger

Your brain and your gut are connected. A simple illustration would be when you feel scared or excited, and you feel butterflies in your stomach.

Stress is a trigger that can cause a flare-up of migraines and IBS. If you recall getting stressed and feeling head and stomach pains, you might already have an idea of the connection between these two conditions.

If you are a woman, you have a higher chance of experiencing these pain disorders. Both migraines and IBS occur more in women. Medical experts and scientists believe that estrogen, a female hormone, is a factor for both diseases. The female body often releases estrogen for the regulation of the reproductive system.

Key Differences Between IBS and Migraines

While IBS and migraines share similar characteristics, including pain, inflammation, and mental distress, these disorders also have some differences:

Migraines consist of symptoms that generally occur in the head and neck region. In some cases, the pain might extend to the shoulders. When you have migraines, you may find yourself suffering from these debilitating symptoms:

IBS symptoms, on the other hand, affect the abdominal region. When you get IBS episodes, you might experience bloating, stomach pains, diarrhea, and constipation.

How Upper Cervical Chiropractic Can Help

If you suffer from migraines and IBS, know that you are not alone in this experience. Many patients are constantly looking for ways to get relief from both of these conditions. Many of them have benefited from upper cervical chiropractic care.

You might be wondering, “What has the neck got to do with IBS and migraines?”

As neurological disorders, we can assume that both conditions may originate from nerve issues. The upper cervical spine is home to the brainstem, a vital nerve pathway that connects the brain to the rest of the body. Misalignments in the upper neck can put pressure on the brainstem, irritating it. As a result, this can disrupt the normal flow of signals between the body and brain, resulting in disorders like IBS and migraines.

Here at Upper Cervical Care Center-Rockford, we can help you find relief from migraines. Now is the time to take the reins back and be in control of your life. If you are seeking a Rockford chiropractor for migraines, call us today at 815-398-4500 to schedule a consultation with Dr. Schalow.

To schedule a consultation with Dr Schalow, call our Rockford office at 815-398-4500. You can also click the button below.

If you are outside of the local area you can find an Upper Cervical Doctor near you at www.uppercervicalawareness.com.