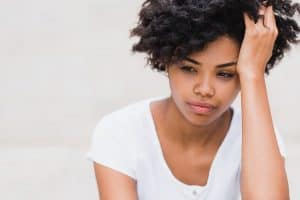 We are Rockford fibromyalgia chiropractic doctors aiming to educate people about this often misunderstood condition. Despite feeling pain in your muscles, fibromyalgia is not a musculoskeletal condition. The medical community often classifies it as a neurological condition as it does not have any inflammation in the joints that would cause pain. Some people think it’s all in the person’s head, but it is not a psychological issue. Fibromyalgia can be due to problems in your neck vertebrae, and we will explain how that works later in the article. Continue reading to find out what you need to know about fibromyalgia and a solution that is working for our patients.

#2: Fibromyalgia is difficult to diagnose

Researchers are still trying to unlock some of the mysteries of fibromyalgia. Since we know very little about the condition, some doctors do not know enough about it to be able to diagnose it, while some don’t even consider it a real disease. Patients get passed from different doctors and given different diagnoses before receiving fibromyalgia as a final diagnosis. This can be a stressful and tiring experience for patients who are already in pain in the first place.

#3: Fatigue and difficulty sleeping are some of its symptoms

Since fibromyalgia often comes with fatigue, doctors often mistake it for chronic fatigue syndrome. This might be because the chronic pain that comes with the condition causes difficulty sleeping. Other symptoms of fibromyalgia, such as fibro fog, can get worse due to lack of sleep.

#4: Fibromyalgia patients are at a higher risk for other health conditions

If you have fibromyalgia, you are at a higher risk of having other conditions such as irritable bowel syndrome, migraines, TMJ dysfunction, depression, and anxiety disorder.

Fibromyalgia cannot be identified by any x-ray or blood test in the hospital, but recently, researchers from Ohio State University have created a blood test that can detect biomarkers of fibromyalgia and differentiate it from other related diseases. However, this has not been finalized yet as a diagnostic test.

#7: There’s no direct medication for fibromyalgia

Since it is still unknown as to what exactly causes fibromyalgia, there is currently no medication that can cure it. In you visit your doctor, however, you will be given medications to control the symptoms. You might get prescribed with a pain reliever. Sleeping pills are also commonly prescribed to help you sleep through the pain. Medications for depression and anxiety as associated conditions may also be given.

#8: Based on reports, more women have fibromyalgia than men

The factor that contributes to this is women generally seek the help of a professional and go through the diagnostic process more than men do. Due to the stigma attached to a fibromyalgia diagnosis, some men may feel as though they are too “macho” to get a proper diagnosis.

#9: The neck may be an important factor

Although the exact cause for fibromyalgia remains uncertain, we can deduce from the already-known information that the neck may play a key role in its cause. The pain stems from the central nervous system, and many concentration points of the condition are near the spine and neck. Problems with the upper neck can negatively affect blood flow to the brain and brainstem function, which can lead to migraines, issues with sleep, stress management problems, and other health problems.

Many patients have experienced a complete recovery from fibromyalgia after a misalignment in the top bone of their neck was corrected, which further supports the idea that the neck has something to do with fibromyalgia.

In Rockford upper cervical chiropractic, the focus is exclusively on the top bones of the neck. Precise measurements are made using diagnostic imaging, and adjustments are administered using gentle force, which makes the procedure safe for patients of all ages and more comfortable for someone who is suffering from chronic pain. It is also cost-effective since the adjustments last longer, and you only need to have another adjustment when the atlas (C1) gets misaligned.

If you have fibromyalgia, especially if you have had a head or neck injury in the past, you may find natural relief here at Upper Cervical Care Center-Rockford in Illinois. Give us a call at 815-384-1127 or contact us to schedule a no-obligation consultation.

To schedule a consultation with Dr Schalow, call our Rockford office at 815-384-1127. You can also click the button below.

If you are outside of the local area you can find an Upper Cervical Doctor near you at www.uppercervicalawareness.com.